I recently participated in a webinar discussion as part of the Briefing Knowledge Leaders 2021 series. In A Digital Document Lifecycle Toolkit for Tomorrow's Hybrid Legal Working Model, cohosted by Richard Brent, Editor-in-Chief of Briefing magazine, we welcomed a wide range of knowledge management professionals. The discussion revolved around how they are selecting and deploying a digital toolkit to access and leverage the full benefit of their documents for optimum success in the new remote working environment. Given that our workforce is likely to remain at least partially dispersed over the near future, we wanted to see how well equipped and prepared firms are from a document production and collaboration perspective.

Our conversation began with an assessment of the challenges that lawyers'and their knowledge management teams'are encountering now that they're working remotely.Challenge: Managing Resources With an Abrupt Acceleration in Digital TransformationMark Ford, Chief Knowledge Officer at Baker McKenzie, noted that the first hurdle to cross with digital document management is access to resources. 'Lawyers have had their 'bottom drawer' taken away now due to physical separation,' he observed. 'We need to make sure they know how to electronically access whatever tools, resources, and documents they need to do their work.'Tim Dale, Head of Knowledge at Pinsent Masons, added, 'Necessity is the mother of invention. As the information services team is driving toward a digital-first approach, we've met with some resistance, but that resistance has crumbled as people have recognized the need for digital access. Because people can't access their physical documents anymore, they're adapting to the online versions.' However, he said, that shift hasn't been without costs. 'I've noticed that the demand on our practice development lawyers has escalated as all our lawyers have had a thirst for new knowledge'sometimes with a bit of handholding along the way.'Challenge: Lawyers Collaborating on Documents While Maintaining Security and Information BarriersHow to get lawyers who are physically separated to work together on documents was one of the first major questions of 2020, observed Lucy Dillon, Chief Knowledge Officer at Reed Smith. 'Drafting in real time and balancing what we have inside our document management system with the instant drafting tools that sit outside that system has been challenging,' she said. 'We've needed to learn how to keep our documents within our security system while allowing a free flow of drafting by a dispersed team that can't sit in a room together.'Dale agreed, noting that his firm had to carefully navigate information barriers. 'In our DMS [document management system], we can impose an information barrier to protect sensitive information. But then if our coauthoring solution is, say, Word Online, we need to bring that information into the environment in such a way that only the right people can access and coauthor it.' Fortunately, he continued, much of this collaboration was occurring naturally. 'Lawyers can't just turn to the person next to them anymore'they have to schedule a call. So ad hoc meetings are now structured, but that's happening without the knowledge team taking any particular initiative. Our lawyers are driving the discussion of how systems are working and where they need to go.'Challenge: Ensuring Document and DMS IntegrityRichard Gaston, Head of Knowledge and Research at Addleshaw Goddard, pointed out the overlapping strategic issues involved with coauthoring tools. 'There's a whole landscape of working practices, regulatory demands, client issues, and so on, that have turned out to be very difficult to unpick.'Maintaining the integrity of individual documents and the overarching DMS presents another major challenge, said Trish Sachania, Head of Legal Knowledge Technologies at Allen & Overy. 'Some people actually avoid collaborating on Word Online or even using it because they're not sure what to do or how to maintain document integrity. So, they fall back to sharing on the DMS instead, which leaves us concerned about having a shadow DMS or losing control of versions.'Dale pointed out that content governance raised another new question. 'When you have multiple people working on a single document at the same time, versioning is trickier to delineate,' he noted. 'When has a document changed enough to be a new version?'Challenge: Noticing and Managing Individual WorkaroundsFinding, retrieving, and managing knowledge is hard enough when everyone's using the same processes, but Sachania noted that some remote workers are creating their own processes. The rapid adoption of tools in the first ten months of the coronavirus pandemic had, in her experience, created an issue of content governance. 'We've got pockets of people who are quite reluctant to adopt our tools, and other people who are eager to go, but they're perhaps gaining some bad habits along the way because they're developing their own ad hoc processes. We've needed to get our arms around document integrity before we lose control of it entirely, which would create a whole new set of problems.'Emily Tearle, Senior Knowledge Manager at Travers Smith, has noticed a similar trend. 'Working remotely has thrown into sharp relief the diversity of methods by which different people work, whether it's how they store documents or more generally how they approach issues. We need to solidify an information architecture and streamline certain ways of doing things to achieve more creative consistency while still getting people to put things where they belong.'The answer to many of these challenges lies in effective adoption of technology'which was where we turned next.

Several speakers noted that change had been easier in the last year as people have been pushed into doing things differently or working in ways that they never imagined they could. That's led firms to take advantage of the low-hanging fruit of improved adoption by getting more value out of the tools they're already invested in. Meanwhile, some firms have tested out more experimental approaches to change, while others have looked for ways to continue driving change when many feel that they've reached a point of change saturation.Improving Adoption by Leveraging Existing Tools for Greater ValueRachel Roberts, Director of Knowledge Management at Bevan Brittan LLP, said that her firm has emphasized getting deeper use out of its current tech stack. 'These are tools that have been around for a while, but we're getting far more use out of them now, especially around the edges. It's come down to having the confidence'and the skills'to learn and use something in a new way,' she observed. 'It's a nuanced change, but I believe we've coming a long way with our change management and really brought people along with us.'The team at Slaughter and May has been pulling together short snippets of information that they've branded as productivity hacks, reported Alex Woods, Director of Knowledge and Innovation. 'These either emanate from the fee-earner community itself or from the business services team. We'll deliver these hacks at group meetings and contextualize them to the kinds of work we're doing or the kinds of documents we're working on,' she explained. 'It's been quite effective, and it's opened people's eyes to the panoply of resources we have available on our intranet that people unfortunately hadn't been accessing before.'Testing Tools With a High-Trust Model of Playful ExperimentationFord noted that his firm has seen success by trusting attorneys to test drive new technologies. 'Sometimes we can rely on our lawyers' creativity by just allowing them the space to experiment,' he said. 'We might give them a tool and have them see what works and what doesn't.' But he was quick to point out that that approach is at one end of the spectrum. On the other side, 'We've also got an approach that's much more structured, for those tools like our DMS or our Zoom system that we need people to use in a consistent way. That's where we're more predetermined in how we train people to use a tool and in our use guidelines.'Gaston agreed that the high-trust experimentation model had helped his firm work with Microsoft Teams. 'We were encouraging people to see to what extent they could use it for client work. Rather than putting rules around it, we let them work it out for themselves,' he said. 'That kind of freedom has opened people up to where they're much more willing to have a conversation about how to use the tool. But there has to be a balance between some upfront controls and policies and giving people the freedom to play with the technology.'Continuing the Appetite for ChangeDillon cautioned that while the pandemic has created opportunities to introduce unprecedented change, she didn't want to see people revert to their old change-averse ways once the crisis had passed. 'We need to keep this momentum going rather than slipping back into our old habits or thinking that we've changed enough and we don't need to keep going,' she said. She noted that she was working to maintain a sense of curiosity and continuing an appetite for change among her lawyers. 'We're still just getting used to using things we already had and moving forward with our digital transformation. There's so much more we haven't seen yet.'In the same vein, Tearle shared an approach that had helped drive continued improvement at Travers Smith. 'We've used different formats at departmental meetings or in smaller group meetings to share people's stories and their progress,' she said. 'We've also used part of our homepage as a feed of happenings, to let people know how everyone's doing, how they're coping, and what they're working on. Just knowing that other people are on the same journey has been hugely rewarding.'In case you missed it, you can watch a full replay of the webinar here. 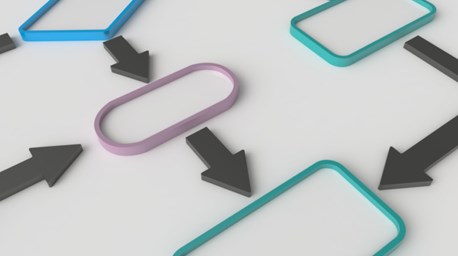 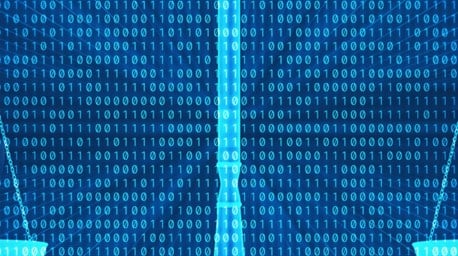